The Zen of Snug 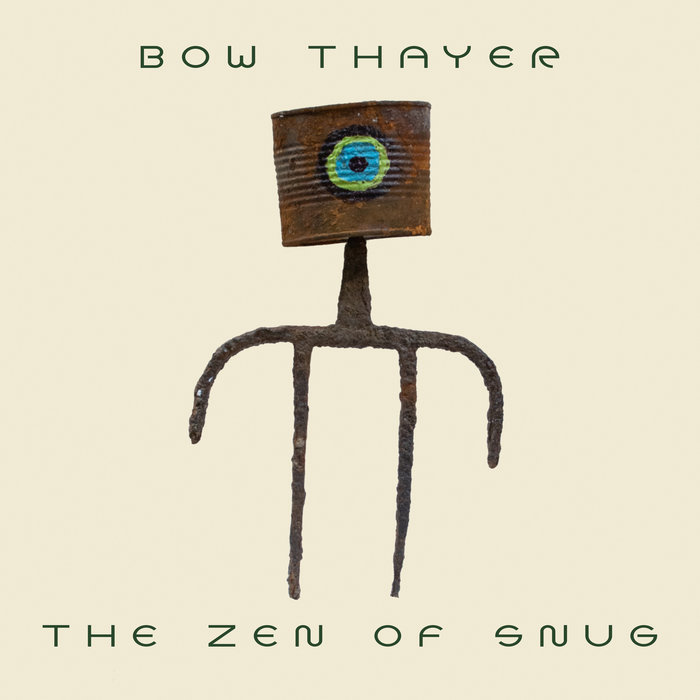 Bow Thayer is still searching for his wider audience. When you live in the mountains of central Vermont, it can be hard to find. But being a songwriting musician in relative isolation has its perks - Bow has been able to dedicate his professional life to making music, and he has the time and a self-built studio, The Woodshed, to make a lot of it. Since the 2018 release of Better Version of the Truth, his last album to feature bass protege Alex Abraham, who passed away suddenly, Bow has moved forward by doing what he knows - writing songs on various hybrid stringed instruments. Over the course of the pandemic he has put out seven singles and six improvised “Soundpaintings” from his Choirs of Aether project, released a double album with his old timey, non-traditional string band The Benders, and co-written an album under the name Beau Bow de Lune, out March 5, 2021, with in-demand guitarist Val McCallum (Jackson Browne, Lucinda WIlliams, Gregg Allman).

Bow’s newest solo record, The Zen of Snug, was written during this same time, and explores pressing questions many of us have, such as how to find togetherness in this time of great division, and how to survive an encounter with a concealed snake. It also serves as the best representation of Bow’s entire twenty five years of making music in Vermont, blending elements of Appalachia, blues, cosmic americana and progressive rock to form a sound that is now uniquely his own. Backed by his longtime drummer Jeff Berlin and bassist Jeremy Dryden, and with signature contributions from Val on guitar/vocals, Dana Colley (Morphine) on sax, and Chris McGandy (Perfect Trainwreck) on pedal steel, Bow has made a poignant album with his longtime production partner, three-time Grammy Award winner Justin Guip (Levon Helm, Larry Campbell, Hot Tuna), that needs to be heard.

Special thanks to Bob and Peggy Magner, Stuart Blain, and Joe Defino whose generous donations made this album possible.